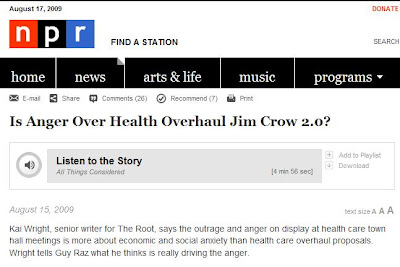 For some reason they skipped over the Kenneth Gladney story in the segment.

More… Glenn Reynolds adds: “NPR skips the Ken Gladney story when talking about “racism” and Town Halls. Because it’s not racism if union guys beat up black people, but it is racism when voters criticize Obama’s policies.”