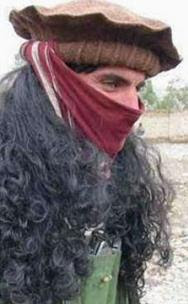 Pakistani authorities announced today that Baitullah Mehsud was killed in a US missile strike.
The AP reported:

Pakistan’s Taliban chief Baitullah Mehsud, who led a violent campaign of suicide attacks and assassinations against the Pakistani government, has been killed in a U.S. missile strike, a militant commander and aide to Mehsud said Friday.

Earlier, Foreign Minister Shah Mahmood Qureshi told reporters in Islamabad that intelligence showed Mehsud had been killed in Wednesday’s missile strike on his father-in-law’s house in Pakistan’s lawless tribal area, but authorities would travel to the site to verify his death.

Pakistani and U.S. intelligence officials said the CIA was behind the strike. All spoke on condition of anonymity because of the sensitivity of the matter.