When she’s not out lying about the CIA shameless Speaker Nancy Pelosi spends her time buying new jets and slandering conservatives.

This past week Pelosi compared Tea Party taxpayers to Nazis and slandered these ordinary Americans saying they were carrying swastikas at their rallies.

Pelosi and her clan don’t appreciate that there are American citizens who disapprove of her party’s historic spending, historic deficits, historic debt and takeover of the private sector.

What is even more outrageous is that it was Speaker Pelosi’s supporters who marched the streets for 8 years with manufactured Bush=Hitler signs.
Pelosi teamed up with one of these groups- Moveon.org- to get Iraq surrender legislation passed in the House in 2007. 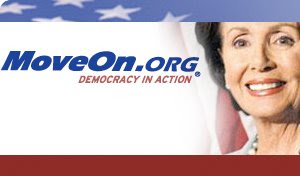 Nancy Pelosi and Moveon.org are so close she even gave an introduction to MoveOn.org’s book on finding your political voice: 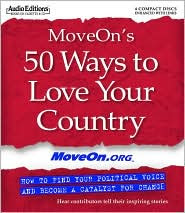 Of course, Moveon.org is the same group that created Bush is Hitler ads during the 2004 election:

For some strange reason these Bush=Hitler ads did not seem to bother Nancy Pelosi.

Related… The ACLU finds nothing fishy about Dear Leader collecting information on the opposition.