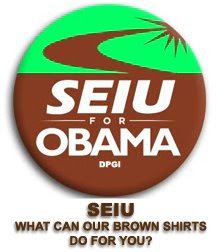 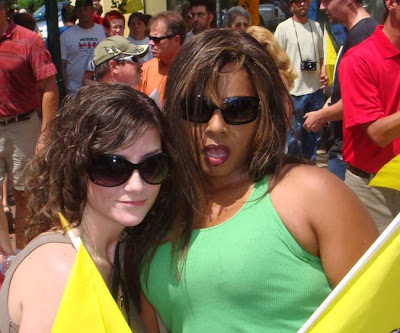 Although he was too weak to speak after his beating on Thursday, black conservative Kenneth Gladney attended the event. Kenneth was beaten, kicked and called racist names by Russ Carnahan’s SEIU supporters after a town hall meeting on Thursday. 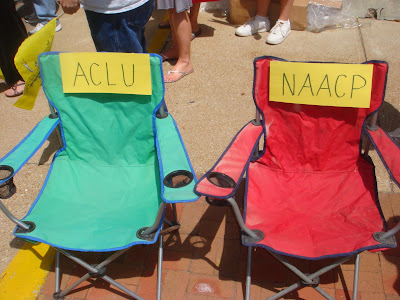 Sadly, the ACLU and the NAACP did not send representatives to the rally.
…After all, Kenneth is a black conservative. 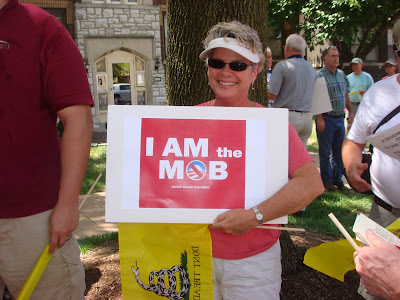 Here is the prepared statement from Kenneth Gladney.
Kenneth tells the SEIU– “Don’t Tread On Me!”: 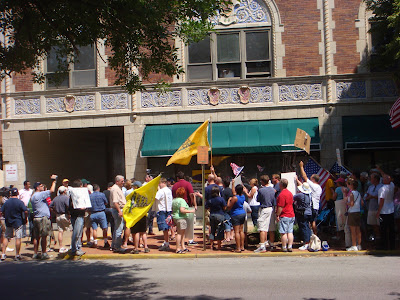 A few hundred protesters showed up outside the SEIU headquarters in St. Louis to condemn the SEIU racist union violence. 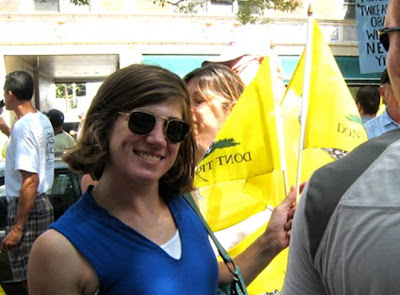 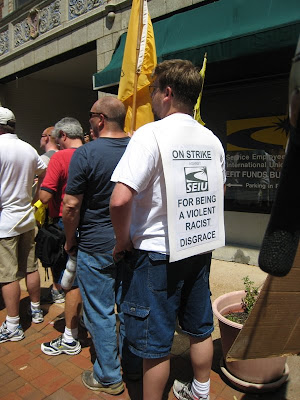 Dana Loesch has terrific photos of the mob today.
A Traditional Life Lived has more video.
Underground Conservative has more on the rally.