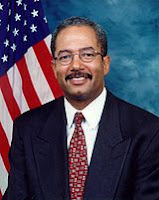 YOUR COVERAGE IS INVITED AT TUESDAY’S HEALTHCARE FORUM.

Maybe he will have these guys work security?
They already have clubs.

Greg Mourad of the National Right to Work Committee called it “a shameless case of political payback,” saying Democrats and President Barack Obama are trying “to force the rest of us to pay billions to cover those unions’ health care.”

Here’s more on the $10 billion going to Obama’s union supporters in the health bill.

UPDATE: Jeanne sent this in on the union scandal–

Asked if the $10 billion is for unions, they give 3 answers:

1) It will benefit private companies, too. It’s not just for unions.
2) Union retirees were hurt by the auto company bankruptcies, etc.
and
3) This will help over-55 workers who lose their jobs/health care and can’t afford to buy insurance.

I want these lies confronted. Here are my questions about their assertions.

First, number 3:
This provision does not help individuals. It applies only to company or union health plans. Further, it specifies they must
serve retirees (not layoffs). They may be referring to other provisions in the bill, but this one does nothing for the pre-Medicare
individual without a retiree health plan. Anyway, ask yourself: how many non-union, non-government workers have any
retirement benefits at age 55?!

Number 1)
We know the unions will get money…they’re openly advocating for this provision. (See Sweeney letter below).
But specifically which private companies are anticipated to benefit? I.e., who are in the “universe of beneficiaries” anticipated in the CBO
analysis and the writers of this provision? If it’s not all meant for unions, then name the company plans. (There aren’t that
many non-union companies that offer health care to pre-65 retirees).
So, let’s say they name a few companies. I speculate they would be relatively healthy firms because “sick” companies
discontinued such benefits long ago. SO. If they’re healthy, why should taxpayers reimburse them for their health plans?

But someone has to force them to name the supposedly-anticipated non-union beneficiaries.

Number 2)
This one is rather straight forward politics. Taxpayers have no obligation to see that union retirees continue to
receive gold plated benefits. We have no obligation to them whatsoever. That should be New GM’s problem. Addionally, if
politicians want to offer unions a $10B bailout, it should not be in the health care bill. It should be presented as a bailout so that
taxpayers can debate it. (of course, we know why the pols won’t do this….they would lose). Take it out of the health care bill.

Lastly I have no doubt the funding will be increased, just like Cash for Clunkers, when the money starts running out.
And there’s nothing in there to prevent them from paying public worker retiree plans….we know those are in deep trouble.

Remember when Gettlefinger told us about the “deep concessions” UAW retirees were making in their health plans? They were
said to be taking on steeper out-of-pocket expenses. Obama took those supposed concessions and used them like a club
to pummel bondholders/creditors into submission. Well, so much for those UAW concessions: this provision specifically requires
that the “reimbursements” (taxpayer money) be used first to repay beneficiaries for all their out of pocket expenses.

I hope I haven’t bored you. And I appreciate it if you took time to read this. Obviously, I consider it vital to expose all this sneaky
political payoff hiding under the guise of “health care”.