Dems continue their attacks on the American taxpayer…

Boxer claims all of this anger is planned to hurt our president and change Congress.
In true Leftist fashion she cannot comprehend why anyone would be opposed to Obama’s socialist economics.
…It has nothing to do with Obama’s historic spending, historic unemployment and record deficit and debt. It has nothing to do with government takeover of the health care industry. 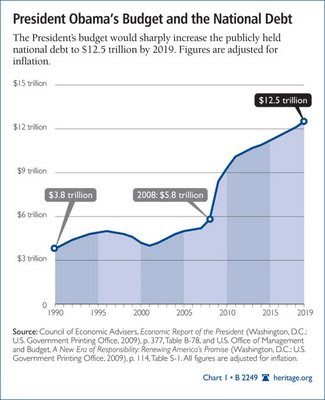 Obama’s budget will significantly increase public held national debt.
In the long run, Washington is dumping a colos­sal amount of debt on the laps of our children and grandchildren.