“They’re carrying swastikas and symbols like that to a town meeting on healthcare.”

Here’s the video from O’Reilly:
Obviously, the Speaker must have meant that the Tea Party Protesters were carrying Marxist signs not Nazi signs but she wouldn’t want to repeat that to the media.

Funny how it never bothered the angry liberals when the Left was carrying signs like these at rallies during the Bush years: 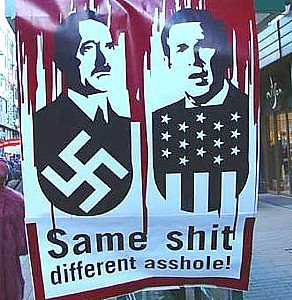 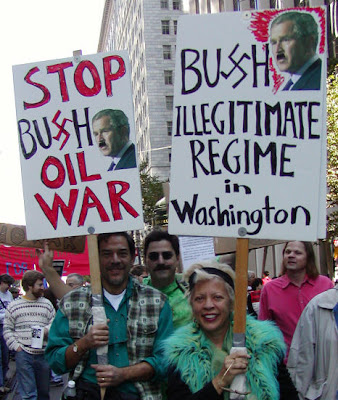 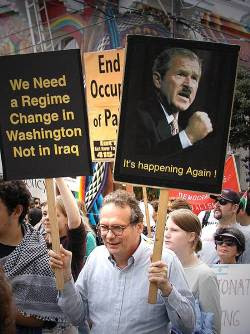