Of Course. Obama Busses in Supporters at Grand Junction Rally Too

Team Obama bussed in their astroturfed supporters for the president’s town hall event in Grand Junction, Colorado yesterday, too. 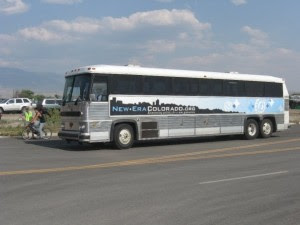 The Peoples Press Collective has video.

According to one report, the pre-made signs that were hand drawn were even provided by the democratic planners and the protesters who rode in on the bus were encouraged to take one for the town hall meeting.