Dems Reward Failure.
Judge Sonia Sotomayor may be the worst judge ever nominated to the Supreme Court.
Judge Sotomayor’s opinions were reversed, vacated, Or criticized nine out of ten times by the U.S. Supreme Court. 9 of 10 times. But that did not stop the Dems from confirming this kook today. 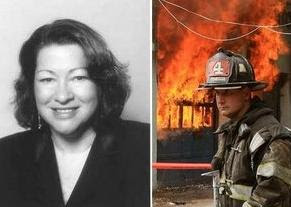