Americans are beginning to wise up to the Obama disaster… 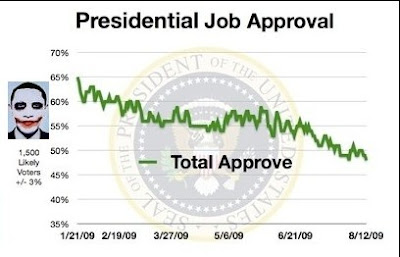 Rasmussen reported that opposition to Obama’s nationalized health care plan has increased to 53%, up nine points since late June.

So what’s the democrat-media complex to do?
…Drag out old Bush-bashing conspiracies.

Yesterday the state run media was running reports on the attorney firings from 2006!

Today, The New York Times is running another article on the two architects of the legal and effective interrogation techniques used on Al-Qaeda terrorists during the Bush years.

Things must really be going to hell for Team Obama.