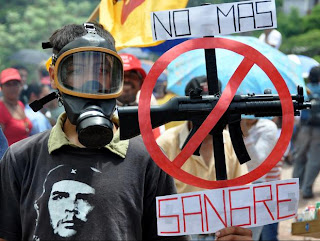 Dressed in red and black and carrying images of the Che Guevara or of Hugo Chavez, the protesters shouted their support for Zelaya’s return to the power.

In the march there were unionists, magisteriales leaders and popular leaders.

The protesters shutdown the highway and caused severe congestion. They interrupted traffic for several hours.

Only 28% of Hondurans opposed Zelaya’s ouster.

There were also a few Obama signs floating around. 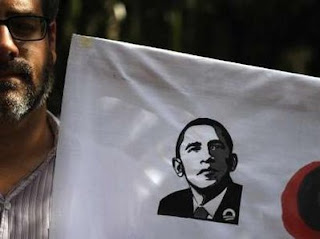 A Zelaya supporter also carries a Barack Obama sign. (Reuters)
It would be interesting to see what else is printed on that sign.