Of course. Pelosi’s salt marsh mouse got its funding after all.
The little critter was awarded $16.1 million in taxpayer money. 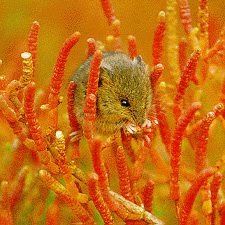 Hopefully, the mouse can stimulate the economy better than Barack Obama.
The Washington Times reported:

The tiny mouse that became a hotly disputed symbol of wasteful spending in the $787 billion economic stimulus bill has returned to pester House Speaker Nancy Pelosi.

The Obama administration revealed last week that as much as $16.1 million from the stimulus program is going to save the San Francisco Bay Area habitat of, among other things, the endangered salt marsh harvest mouse.

That has revived Republican criticism that the pet project was an “invisible earmark” in the massive spending bill for Mrs. Pelosi, whose San Francisco district abuts the Bay, and epitomizes what Republicans say is the failure of stimulus spending so far to help an economy still shedding jobs.

“Lo and behold, the government has announced that the mouse is getting its money after all,” House Minority Leader John A. Boehner, Ohio Republican, said, standing beside a poster of the furry varmint. “Speaker Pelosi must be so proud.”

Mrs. Pelosi’s office was quick to dismiss the criticism.