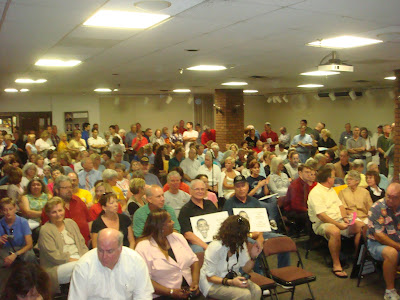 This tea party protester fired up the crowd:

Missouri Senator Claire “ACORN” McCaskill arranged for her district director, Michelle Sherod to meet with constituents (after calling the cops on them two weeks ago) at a town hall meeting on Monday night at Forest Park Community College in St. Louis. Americans for Prosperity‘s Carl Bearden moderated the meeting and Ms Sherod took questions for the Senator.

They were expecting around 100-150 people… Hundreds showed up.
(There was one estimate that 1,000 were in attendance.)
It was so crowded they were forced to move the meeting down to the cafeteria. 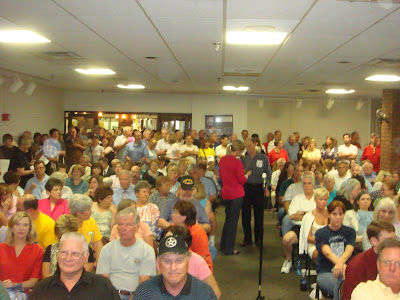 Ouch! US veteran Paul Curtman demanded that Claire McCaskill apologize to her constituents: 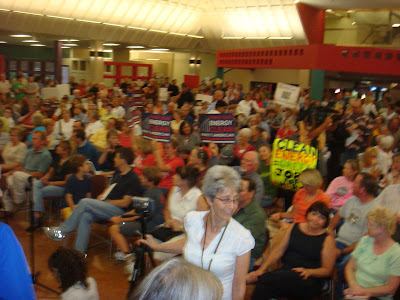 Reboot Congress and the St. Louis Tea Party Coalition have more on the protest.

Dana Loesch was there.