“Mr. Obama’s use of the bully pulpit of the presidency, and his choice of verbiage on a matter about which he admits he does not have all the facts, is unbelievable.”

Maybe releasing his inner Ayers was not such a good idea? 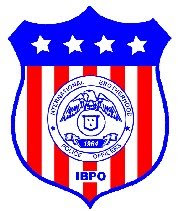 Many police officers across the country have a message for President Barack Obama Get all the facts before criticizing one of our own. Obama’s public criticism that Cambridge officers “acted stupidly” when they arrested black Harvard professor Henry Louis Gates Jr. could make it harder for police to work with people of color, some officers said Thursday.

It could even set back the progress in race relations that helped Obama become the nation’s first African-American president, they said.

The Cambridge Police Patrol Officer’s Association president also strongly criticized the president’s remarks in an interview with The Huffington Post.

Here is the full letter to President Obama.

Meanwhile… Cambridge police brass and lawyers are weighing over whether to release the 911 and police tapes to the public, which could include the 911 call reporting a break-in at Gates’ home and radio transmissions by the cop who busted him July 16 for disorderly conduct.

UPDATE: Sgt. James Crowley, the police sergeant who arrested Harvard University Professor Henry Louis Gates Jr. last week in his own home, may be considering a defamation lawsuit against Gates who implied his arrest was racially motivated.