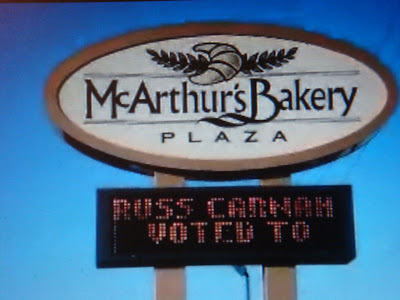 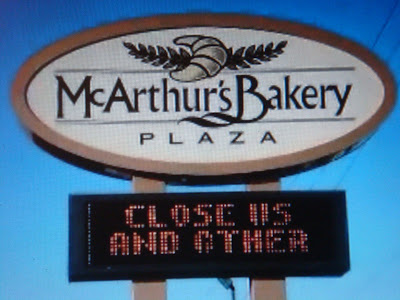 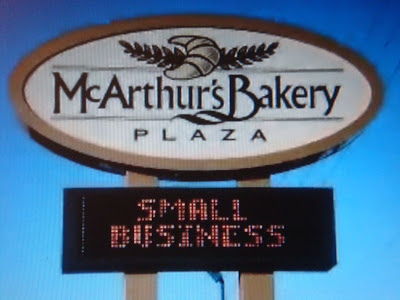 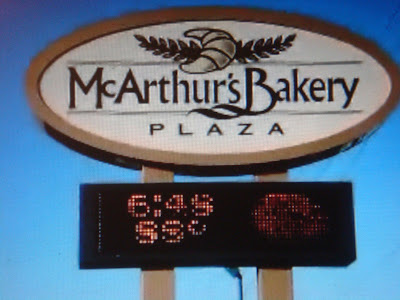 The revolution will not be televised: it’s been blinking along on a giant bakery sign in St. Louis, Mo., instead.

Fed up with his congressman’s vote on a sweeping climate-change bill that passed the House of Representatives on Saturday, the proprietor of McArthur’s Bakery took to his street sign and posted a clear message to all passersby:

“Russ Carnahan voted to … close us and other … small business.”

David McArthur, vice president of the 52-year-old family operation, a Gateway City institution, is one of a growing number of business owners and taxpayers nationwide who are mobilizing against the so-called cap-and-trade bill, which would levy harsh fines on energy consumption that harms the environment.

McArthur told FOXNews.com that every aspect of his business relies on the forms of energy targeted by the American Clean Energy and Security Act, and that his congressman, Carnahan, was supporting “a direct tax increase on small business” by voting for it.

“We make (our product) with electricity, we bake it with gas, we refrigerate and freeze it with electricity and we distribute it with gas and oil,” said McArthur, who said he worries that high prices could cost his company up to $15,000 a year in an industry with a very tight margin for profit.

The legislation requires that the country reduce greenhouse gas emissions by 17 percent by 2020. Big energy plants and producers would have a cap on emissions like carbon dioxide, but could purchase “credits” from other companies that have met their reduction goals. The Obama administration says it will pump hundreds of billions of dollars into the economy.

The Congressional Budget Office has estimated that the plan would have a minimal effect on most taxpayers, costing an average family about 25 cents a day in its first years of implementation.

But the effect on small businesses could be wide-reaching.

“He’s killing small business — he’s killing us,” McArthur said of Carnahan, who was one of a majority of Democrats who voted for the bill in a closely fought 219-212 vote.

UPDATE: The St. Louis Beacon ran an article on the McArthur brothers and included this break down on how small business will be affected by cap-and-tax:

David McArthur said the bakery now spends $150,000 a year just for gas and electric. Even a 10 percent increase could hurt, he said, since the business operates on a profit margin of less than 2 percent.

In addition, the bakery expects the measure to force similar energy hikes for its suppliers, and at the fuel pump, which McArthur predicts will lead to sharp rises in its costs for commodities and transportation.

Periodic spikes in such prices already are the chief reason McArthur’s has actually lost money the last three years, he said.

As an example, David McArthur pointed to flour. In March 2008, he said, the cost of flour shot up from $13 for 50 pounds to $42, and stayed at that level for about six months. It was only when it was clear that the nation was in a recession that the cost dropped to its current level around $15 for 50 pounds, he said.

“Cap-and-trade,” said McArthur, “is a tax increase, no matter what, from a president who promised no tax increases.”