The horror!… The absolute horror!
Bush “mulled” using the military to arrest terrorists in New York.

As Barack Obama continues to tank in the polls after destroying the economy with record unemployment, record spending, record debt and a record and unprecedented deficit… 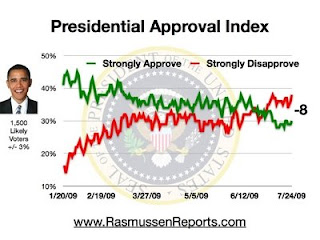 The state-run media is reaching and greasping for straws.
Today they bring us the news that the evil President Bush at one time “mulled” sending troops into Buffalo.
The AP reported:

The Bush administration in 2002 considered sending U.S. troops into a Buffalo, N.Y., suburb to arrest a group of terror suspects in what would have been a nearly unprecedented use of military power, The New York Times reported.
Vice President Dick Cheney and several other Bush advisers at the time strongly urged that the military be used to apprehend men who were suspected of plotting with al Qaida, who later became known as the Lackawanna Six, the Times reported on its Web site Friday night. It cited former administration officials who spoke on condition of anonymity.

The proposal advanced to at least one-high level administration meeting, before President George W. Bush decided against it.

And, of course, Darth Vader Cheney was right there in middle of this evil plot.