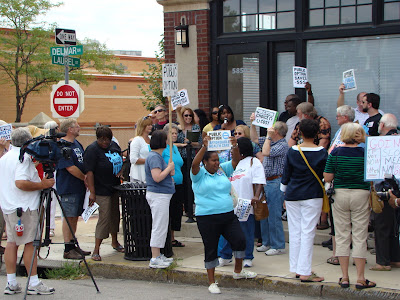 They were allowed to protest in front of her office and block pedestrian traffic– unlike the Tea Party protesters from last week. And it looks like the media were able to make it to this rally.

They didn’t get flipped off either.

But, suddenly a Tea Party protest broke out across the street! 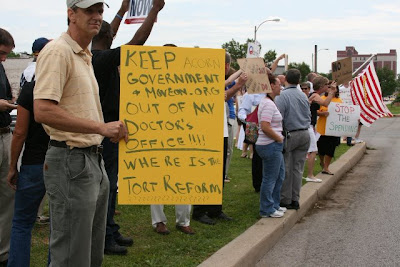 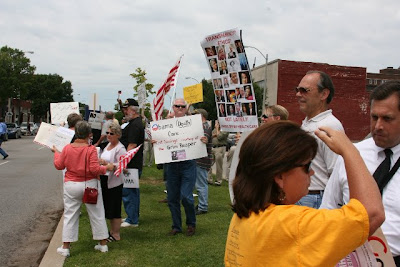 Hat Tip Joe Botts and Kevin Jackson for the photos. 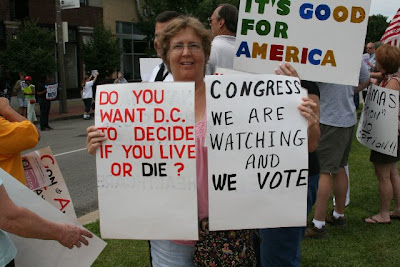 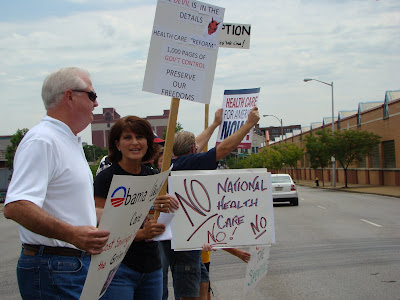 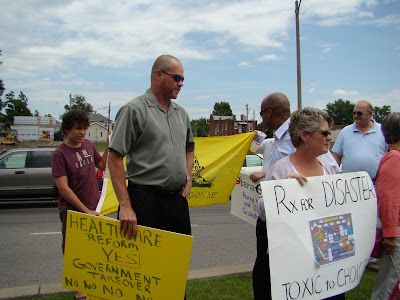 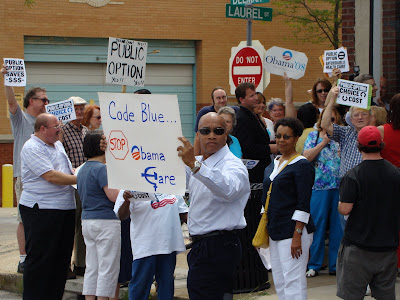 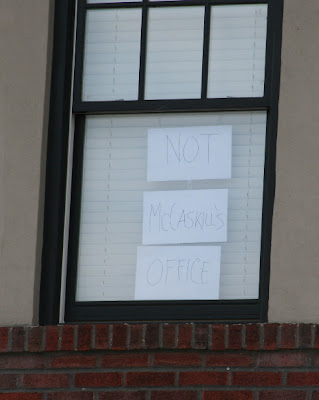