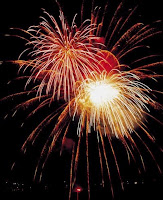 Maybe they’ll set off a few IED’s for fun?

The US embassies will open their doors to Iran for Independence Day festivities this year.
YNet reported:

In a new overture to Iran, the Obama administration has authorized US embassies around the world to invite Iranian officials to Independence Day parties they host on or around July 4th.

A State Department cable sent to all US embassies and consulates late last week said that US diplomats could ask their Iranian counterparts to attend the festivities, which generally feature speeches about American values, fireworks, and, of course, hot dogs and hamburgers.

The notice, sent on Friday, said that the posts “may invite representatives from the government of Iran” to the events, a State Department official said Tuesday, quoting from the document. The official spoke on condition of anonymity to discuss an internal communication.

It was not immediately clear how many embassies and consulates would actually invite Iranian diplomats to the July 4 parties or whether any Iranians would accept the invitations.