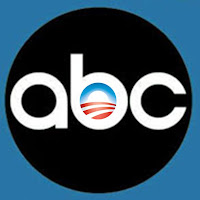 ABC is airing a free informercial for the democrats and Obama Administration tonight.
ABC has joined with democracts to push socialized health care.

The Arizona Republican tells The Hill that it’s “outrageous” that the news network intends to air a 90-minute primetime special Wednesday evening featuring Obama talking about his plan, which includes a “government-run” option.

“I think every Americian should boycott ABC, if they aren’t going to cover both sides of the issue,” Shadegg said. He is a member of the Energy and Commerce Health subcommittee.

Shadegg said that the idea of “airing the issue is wonderful, but the idea of making it one-sided is outrageous.”

His fellow House Republicans were upset as well.

UPDATE: I boycotted the infomercial but was wondering how many of the questions came from Obama supporters like the last time?