20 Years Ago Today– The Massacre at Tiananmen Square The blood shed in Tiananmen Square has come to symbolize the triumph of the spirit over brute force. It is also a day where we are reminded of the brutality of the communist regime in China. Today a light was lit in Hong Kong…
But like in 2007, it was quiet at Tiananmen Square. In 2007 President George W. Bush dedicated the “Goddess of Democracy” dedicated to the victims of communism. 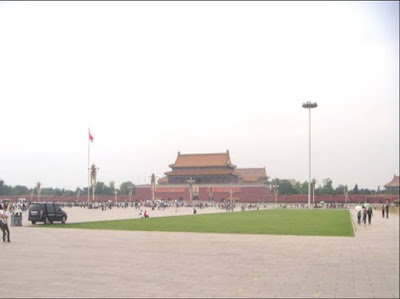 He said the Chinese citizens he was traveling with didn’t want to talk about it.