The regime in Iran slaughtered dozens of innocent democracy protesters in the streets of Tehran today.

Unconfirmed reports suggest that 150 Iranians were murdered by the evil regime during protests this afternoon including young girls shot dead by the basij.

Barack Obama finally spoke out against the actions by the regime and asked them to stop the “unjust actions.”

Then he went out for ice cream… 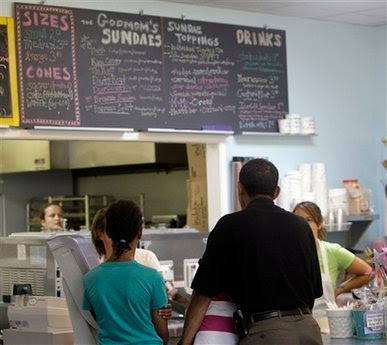 Richard Romano adds: Just file this under “What if Bush had done this…”