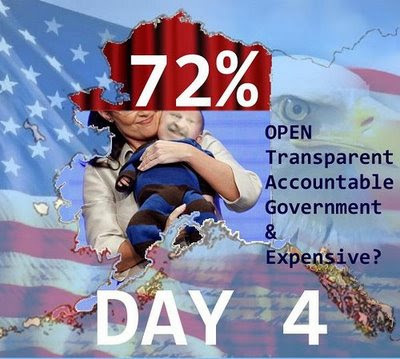 Her blog Blue Oasis is the official Alaska blog for the DNC.

On the same page Blue Oasis blog is also asking for donations from democrats (on the sidebar) to continue to slander the popular Alaskan governor and post distorted photos of her children: 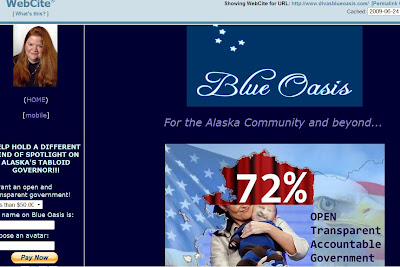 UPDATE: Tom W. sends this on the face superimposed on Trig: