President Bush liberated over 50,000,000 people in Iraq and Afghanistan.
Tomorrow Barack Obama may watch Hezbollah terrorists take over Lebanon. It will be the first country fall to Islamists under his watch. 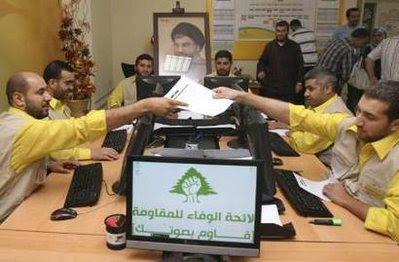 A win for the Shiite militant group and its allies in the parliamentary vote would set back U.S. Mideast policy and boost the influence of Hezbollah backers Syria and Iran. It would also give Hezbollah, which the United States considers a terrorist organization, a major say in the formation of Lebanon’s government for the first time.

But Hezbollah’s Christian allies argue that a victory by their coalition will not have such a dramatic impact and will ensure peace in a nation where tensions among the Christian, Sunni and Shiite populations have repeatedly threatened to explode into civil war in the past four years.

They say that involving Hezbollah more deeply in the political process — rather than shunning it — is the only way to bridge the sectarian divides.

Their opponents counter that Hezbollah would be driving Lebanon into the arms of Iran, which could use it as a front in the Islamic republic’s confrontation with Israel.

If the Lebanese elect Hezbollah and as a result Lebanon attacks Israel, the Lebanese will have only themselves to blame for the Netanyahuization of their country.