The dems are fighting like wild hyenas over other people’s money. 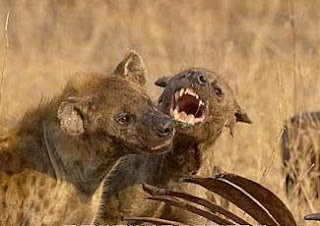 Democratic leaders fought like wild hyenas today over a $1 million earmark.
Fellow dems had to separate Rep. David Obey and Rep. Maxine Waters who were engaged in an earmark shouting match.
The Politico reported:

Witnesses, speaking on condition of anonymity, said it appeared that Waters pushed or shoved Obey.

The pair were seen shouting at each other and had to be separated by members — who were gathered on the floor casting final votes before heading off to a party at the White House.

Waters, according a Democratic staffer familiar with the situation, approached Obey to ask him to fund one of her longstanding earmarks, the Maxine Waters Employment Preparation Center.

My favorite bit: “Obey turned away, but Waters went to go huddle with members of the Congressional Black Caucus. She could be over heard telling them: ‘He touched me first.’” The country’s in the very best of hands.

Please tell me there’s video of this somewhere.

UPDATE: Someone needs to donate a few of these spy pens to our GOP Reps in Congress.