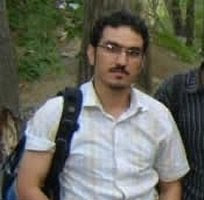 The battered body of disappeared activist Kianoosh Assa, student at college of Science & Industry, resident of Kerman-Shah, senior in chemical engineering was found after days of searching by his family, in the Tehran coroners morgue. He went missing on Monday, June 22nd. Coroner is refusing to return his body to his family as he has no i.d. on him and has been classified as UNKNOWN.

More… Iranian students at Tehran University held a candlelight protest last night for those murdered by the evil regime:

Outside of Tehran University where 5 students were brutally murdered by the basij and countless other horrors took place, people hold an illegal candlelight vigil. There is a voice of a man in the background warning the people that they will get caught, but no one seems to care. Also, pay attention to all the camera phones documenting the event. If the vigil doesn’t make you sad, that should because that is the only connection they have now to the outside world. (26.06.2009)