Pelosi caught in a bald-faced lie…
On April 23, 2009, the Far Left Speaker denied she had been told that waterboarding or other illegal interrogation methods were being used on terrorist detainees:

How pathetic.
A report released today proved that Speaker Pelosi was told that waterboarding was used on terrorist suspect Abu Zubaydah way back in September 2002.
ABC News reported, via Free Republic:

ABC News’ Rick Klein reports: House Speaker Nancy Pelosi was briefed on the use of “enhanced interrogation techniques” on terrorist suspect Abu Zubaydah in September 2002, according to a report prepared by the Director of National Intelligence’s office and obtained by ABC News.

The report, submitted to the Senate Intelligence Committee and other Capitol Hill officials Wednesday, appears to contradict Pelosi’s statement last month that she was never told about the use of waterboarding or other special interrogation tactics. Instead, she has said, she was told only that the Bush administration had legal opinions that would have supported the use of such techniques.

The meeting is described as a “Briefing on EITs including use of EITs on Abu Zubaydah, background on authorities, and a description of particular EITs that had been employed.”

Democratic Leaders of Congress were briefed at more than 30 meetings on enhanced interrogation techniques since 2002.

According to an earlier report, information gathered from Khalid Sheik Mohammed (KSM) after waterboarding was used led to the discovery of a second wave attack planned for Los Angeles. 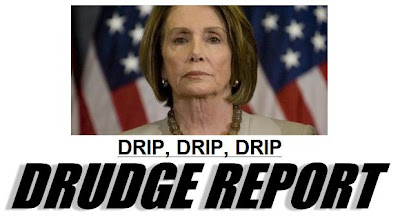