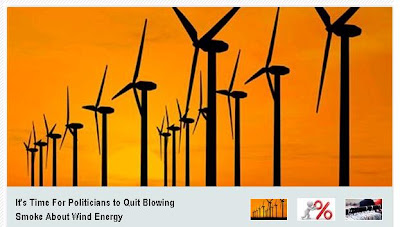 In his first State of the Union Address on February 24, 2009, President Barack Obama promised to double this nation’s supply of renewable energy in the next three years. This statement drew a loud applause from Congress.

What Barack Obama did not tell America that night was that George W. Bush already doubled wind and solar energy in the previous three years. Barack Obama also forgot to mention that even though solar and wind energy doubled in the previous three years, this number only accounted for 1.1% of America’s total electricity consumption according to the Energy Information Administration.

In comparison, in 2007 coal accounted for 22% of the total American energy consumption. Oil and gas accounted for 62% of American energy consumption. Robert Bryce writing in The Wall Street Journal reported that America’s total primary energy use is about 47.4 million barrels of oil equivalent per day. Coal provides the equivalent of 11.5 million barrels of oil per day. Bryce calculated that solar and wind sources are providing the equivalent of 76,000 barrels of oil per day. In fact, Barron’s recently reported that America would need to build 500,000 giant offshore windmills and transmission lines to produce Salazar’s specified 1,900 gigawatts of electricity. Obviously, this barely puts a dent into America’s energy demands…

There is also a list of my recent columns at the page.