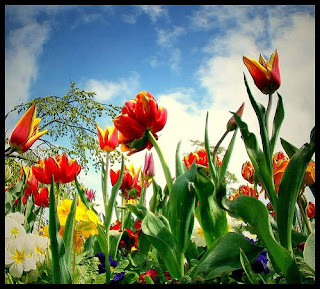 I read this last night at Flopping Aces and it was very moving–
Ann Coulter’s Mother’s Day tribute to her mother:
NELL HUSBANDS MARTIN COULTER

A lot of people claim to be my No. 1 fan — God bless them — but my true No. 1 fan left this world last week. My mother quietly stopped breathing last Tuesday, as she slept peacefully, holding my hand.

She was the biggest fan of all of us — Father, me and my brothers John and Jim.

After reading the eulogy column I wrote for Father last year — not to excess, probably only about 4,637 times — Mother realized to her chagrin that she wouldn’t be able to read the eulogy column I’d be writing for her, and started hinting that maybe I could rustle up a draft so she could take a peek.

But I couldn’t do it, until I had to.

The only thing Mother wanted to be sure my brothers and I included in her remembrances were her contributions to the Republican Party, the New Canaan Republican Town Committee and the Daughters of the American Revolution.

She was a direct descendant of at least a dozen patriots who served the cause of the American Revolution and traced her lineage on both sides of her family to Puritan nonconformists who came to America in 1633 seeking religious freedom on a ship led by Pastor Thomas Hooker. Or, as Homeland Security chief Janet Napolitano would call them, “A dangerous right-wing extremist hate group.”

Even back in the Puritan days, Mother’s female ancestors were brought up on charges for their heretical dressing styles (and then sassed the judge). During the Revolution, one female ancestor, Effie Ten Eyck Van Varick, contributed to the rebel cause by donating lead for bullets from the curtain weights in her home in what was, even then, traitorous, loyalist Manhattan.

Mother’s deep-seated political activism saved me on more than one occasion.

At the 2004 Republican National Convention, I was taking my parents to a lot of the parties in New York and, at one of them, Herman Cain walked up to me and told me he was a big fan even though I probably didn’t know who he was.

Cain was the former president and CEO of Godfather’s Pizza who was then running for the U.S. Senate from Georgia. I had seen him on Fox News’ “Cavuto” — but I couldn’t remember his name for the life of me.

Luckily for me, Mother was standing next to me and she piped in, “I know who you are — I donated to your campaign.” Thank you, Mommy!

Mother probably contributed hundreds of thousands of dollars to various conservative outfits over the years — all in her little $20 checks — especially to any organization that claimed it was going to stop Hillary. In fact, if they mentioned Hillary in their letter, Mother sometimes made it $25.

My brothers and I always figured we’d have no inheritance, but there would be a lovely memorial to Oliver North somewhere.

Mother may have thought her most notable characteristic was her Republican activism, but, for the rest of us, it was her constant, unconditional love. She was a little love machine, spreading warmth and joy wherever she went.

Every time she’d see me, even after just a few days’ absence, she’d hug me as if I had been lost in the Himalayan Mountains for the past 20 years.

On Mother’s birthday last year, I had a dinner party for her with Rush Limbaugh, Conrad Black and my friends Peter and Angie.

Mother was always delighted to be with people talking about politics — actually she told me that, lately, she was delighted to be around any conversations that didn’t involve who had a doctor’s appointment or who had died that day.

So I let her stay up until 3 a.m. that night, well past her bedtime. Mother was so happy that after I had her all tucked in and the lights out, I heard her singing herself to sleep.

The rest is here.