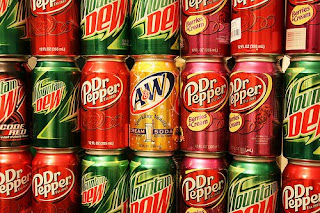 For the better good, of course.

Dems are considering new taxes on sodas and sugary drinks to help pay for the nationalized healthcare monstrosity they are about to impose on America.
The Wall Street Journal reported:

Senate leaders are considering new federal taxes on soda and other sugary drinks to help pay for an overhaul of the nation’s health-care system.

The taxes would pay for only a fraction of the cost to expand health-insurance coverage to all Americans and would face strong opposition from the beverage industry. They also could spark a backlash from consumers who would have to pay several cents more for a soft drink.

On Tuesday, the Senate Finance Committee is set to hear proposals from about a dozen experts about how to pay for the comprehensive health-care overhaul that President Barack Obama wants to enact this year. Early estimates put the cost of the plan at around $1.2 trillion. The administration has so far only earmarked funds for about half of that amount.

The Center for Science in the Public Interest, a Washington-based watchdog group that pressures food companies to make healthier products, plans to propose a federal excise tax on soda, certain fruit drinks, energy drinks, sports drinks and ready-to-drink teas. It would not include most diet beverages. Excise taxes are levied on goods and manufacturers typically pass them on to consumers.

Senior staff members for some Democratic senators at the center of the effort to craft health-care legislation are weighing the idea behind closed doors, Senate aides said.

The Patriot Room says do it, make it a buck a can, and watch the landslide in 2010.