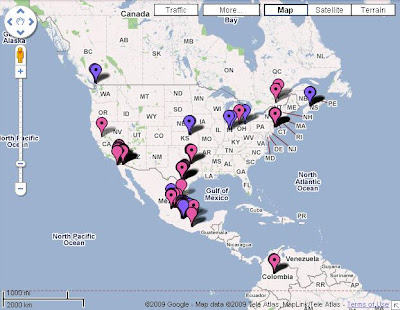 Drudge Report has the latest on the swine flu outbreak.
The US is still not screening passengers coming from Mexico.

The AP reported that: More than 100 people in Mexico are believed to have died from the new flu and more than 1,600 sickened, prompting widespread school closures and other measures… In the United States, at least 11 cases of swine flu have been confirmed. Canada’s chief public health officer Dr. David Butler-Jones said six cases had been confirmed there, and all had links to people who had traveled to Mexico.

UPDATE: This may come back and bite him–

President Obama said today that the Swine Flu was not a reason for alarm.

UPDATE 2: Sharlene added this in the comments:

The Obama administration declared a “public health emergency” Sunday to confront the swine flu — but is heading into its first medical outbreak with:

1.No Secretary of Health and Human Services or appointees in any of the department’s 19 key posts.
2. No surgeon general.
3. No head of the Centers for Disease Control and Prevention.
In addition, his choice to run the Food and Drug Administration awaits confirmation. Obama was caught off guard by the emergence of this virus and many decisions that should have been made have not been—as a direct result of no leadership in the departments responsible for dealing with a situation like an epidemic or pandemic.