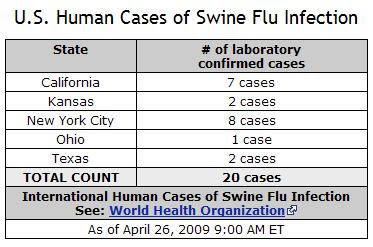 CDC website
CDC is working very closely with officials in states where human cases of swine influenza A (H1N1) have been identified, as well as with health officials in Mexico, Canada and the World Health Organization. This includes deploying staff domestically and internationally to provide guidance and technical support. CDC has activated its Emergency Operations Center to coordinate this investigation.

The children in New York were traveling in Cancun, Mexico. About 100 students complained of flu-like symptoms at the school.

Here is a Google map of the flu cases so far: 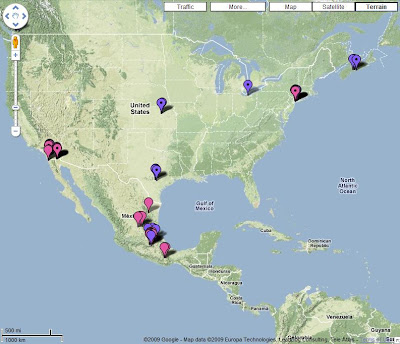