Unemployement jumped to 8.5% in March.
This is the highest unemployment rate since 1983.
Even with the 9-11 attacks, the Clinton Recession, and Hurricane Katrina, President Bush never came close to seeing such a high number of unemployed workers.

It looks like the Democrat’s tax and spend policy may not be working out so well…
The country has lost nearly two million jobs already. 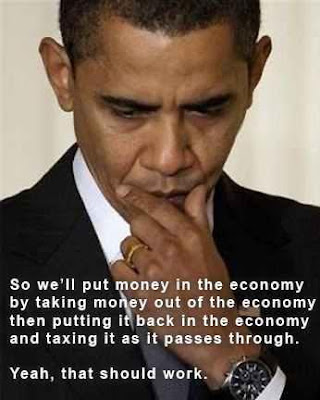 This isn’t the last of the bad Obama employment numbers… The Wall Street Journal says the unemployment rate will likely reach 10% before the end of the year:

Unemployment will easily hit 10% by the end of this year.

Of course, President Obama and his advisers don’t see it that way. They forecast unemployment topping out at around 9%.

But why trust them? Of Obama’s 22 Cabinet level bigwigs, including the biggest wig himself, none has had a sustained private sector career.

Unfortunately, it doesn’t work that way.

Soon enough, Obama’s dreams of job creation will turn into an unending nightmare of double-digit unemployment.