(This post was updated)
Barack Obama shakes hands with Hugo Chavez while his lackey Nicolas Maduro looks on. 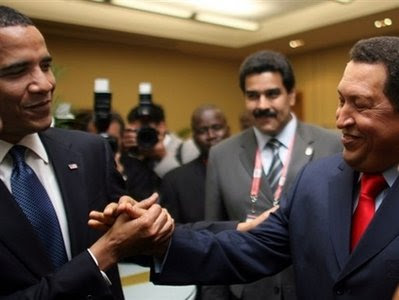 Not surprising, Maduro took part in a failed coup attempt in Venezuela on February 4, 1992, that Chavez led against then-president Carlos Andres Perez. Today he’s a Chavez lackey and thug.