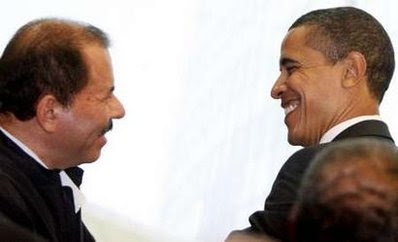 Latin American leaders continued to pile on the US at the Summit of the Americas on Saturday.

Barack Obama defended himself from attacks aimed at America today- but would not defend the United States.
And, he was wrong on his history.
FOX News reported:

In his 17-minute address to the summit, Obama departed from his prepared remarks to mildly rebuke Ortega.

“To move forward, we cannot let ourselves be prisoners of past disagreements. I’m grateful that President Ortega did not blame me for things that happened when I was three months old. Too often, an opportunity to build a fresh partnership of the Americas has been undermined by stale debates. We’ve all heard these arguments before.”

Actually, the president misspoke on the sequence of events in Cuba. The invasion of CIA-trained rebels at the Bay of Pigs in Cuba occurred in April 1961. Obama was born August 4, 1961.

Ann Althouse notes that this wasn’t the first time.