Here’s an Explosive Offer–
Now you can own a signed and numbered copy of the Turban Bomb Cartoon by Danish cartoonist Kurt Westergaard.
At the same time help the International Free Press Society raise money. 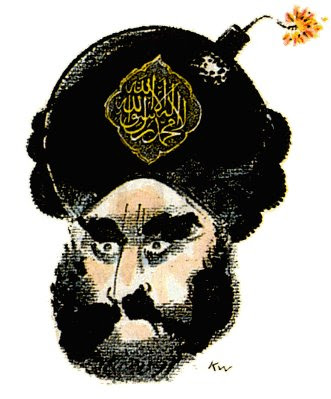 Or, you can visit the Turban Bomb page at IFPS for more information.

There are only 1,000 of these signed copies of the controversial cartoon by cartoonist Kurt Westergaard who lives under police protection ever since its publication in the Jyllands-Posten Danish daily.
So you will have to act quick if you want to get your signed piece of history.

UPDATE: For some reason if you are using Microsoft Internet Explorer as your browser you may have problems purchasing the cartoon at the IFPS webpage. You will have no problem if you are using FireFox. I wrote them and let them know about the issue.