“Life is not good. We’re a divided country. We’re a country that is ‘just downright mean.’ We are ‘guided by fear.’ We’re a nation of cynics, sloths, and complacents.” 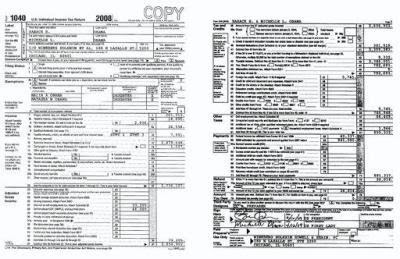 The AP reported today that:

Obama earned $139,204 as a Democratic senator from Illinois last year before leaving his seat after winning the November election. Michelle Obama received a salary of $62,709 from the University of Chicago Hospitals, where she was an executive.

But, as Sweetness and Light reported–
Michelle Obama did not work last year and campaigned instead with her husband. Her hospital job was eliminated after she left.

If hospitals are paying people who aren’t even showing up… No wonder
healthcare is so pricy.

Maybe reform begins with getting the corrupt liberal politician wives
off the payroll?