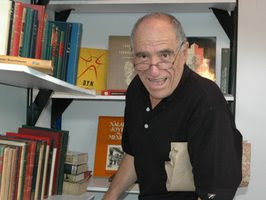 Felipe Solis, the director of the Museum of Anthropology in Mexico City, greeted Barack Obama at the museum for dinner with dignitaries during Obama’s apology tour.
Solis died the next day from the swine flu.

The first case was seen in Mexico on April 13. The outbreak coincided with the President Barack Obama’s trip to Mexico City on April 16. Obama was received at Mexico’s anthropology museum in Mexico City by Felipe Solis, a distinguished archeologist who died the following day from symptoms similar to flu, Reforma newspaper reported. The newspaper didn’t confirm if Solis had swine flu or not.

The Mexican government is distributing breathing masks to curtail the disease’s spread. There is no vaccine against the new strain of swine flu, health authorities said.

More… Maybe that hand sanitizer that Bush offered Obama wasn’t such a bad idea after all?
Hat Tip NeoKong