The AP is trumpeting this bombshell today…
AP Poll: After Obama’s 100 days, U.S. on right track 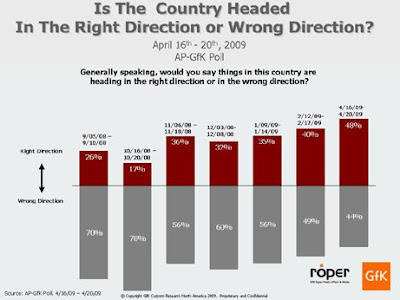 No.
Only 18% of those polled consider themselves Republican.
Bill Mitchell discovered this latest polling outrage:

The AP is trumpeting a new poll showing that for the first time in many years, a MAJORITY of Americans believe America is headed in the right direction.

At first read you might ask yourself, how the heck is this possible?

Well it’s easy is you totally jack the sample. This poll includes (get ready for it) only 18% REPUBLICANS! 18%!

I guess that’s what they had to get to to reach their majority saying America is headed in the right direction.

This is an 18 point sampling advantage given to Democrats. Folks, the communist state has arrived. AP is Pravda.

Here’s a closer look at the polling data: 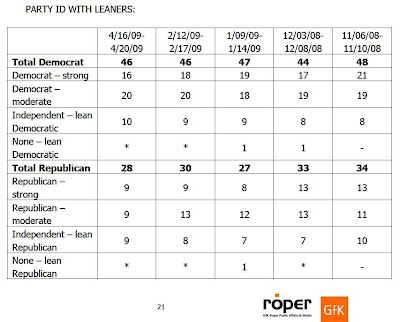 Page 21 of the poll.
Only 18% of those polled consider themselves Republican.
Pravda would be proud.