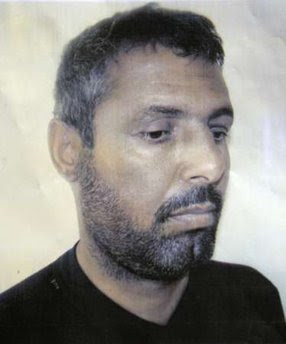 The Iraqi Government released a photo of Al-Qaeda Abu Omar al-Baghdadi “the head of evil” for the first time since his capture last week.
AP reported:

The Iraqi government presented the first image of the alleged leader of an al-Qaida front group Tuesday in a bid to prove the right suspect was in custody despite skepticism that he even exists.

Prime Minister Nouri al-Maliki called Abu Omar al-Baghdadi “the head of evil” and accused him of trying to incite a sectarian civil war and working with other insurgents who remained loyal to Saddam Hussein.

“This criminal had close relations with the former regime and maintained a sinister alliance with Saddam’s followers,” he said in a statement released by his office.

Authorities described al-Baghdadi’s capture, which was announced last week, as a major setback for Sunni insurgents trying to intensify attacks after a relative lull.

Al-Bawaba news released this photo with their report last week on Al-Baghdadi’s capture.