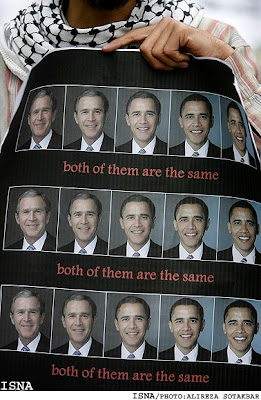 Iranian hardliner protesters chant “Death to Obama” at a protest in Tehran on Thursday. (ISNA photo)

Slogans of “Death to Obama” in demonstrations around Tehran

Russian News Agency Ria Novosti reports: A group of students from various Universities around Tehran gathered in front of the former U.S. embassy, on Thrusday, April 9th to commemorate the 30th anniversary of the severance of ties between Iran and the United States.

During the demonstrations photos of Obama and Israeli authorities were set on fire. 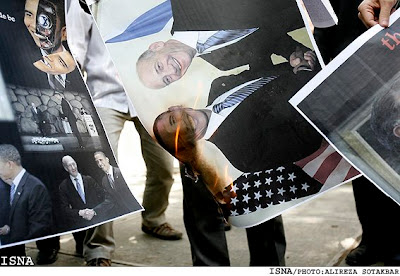