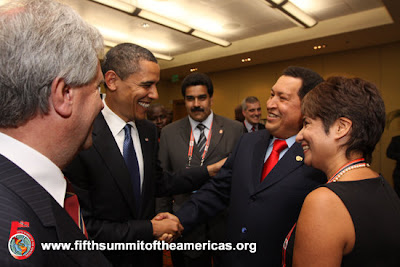 Photos released by the Venezuelan government show Obama clasping Chavez’s hand and smiling broadly, and Venezuela quoted Chavez as saying, “I’d like to be your friend,” while noting that he shook President Bush’s eight years ago.

Obama reportedly expressed thanks, though this couldn’t immediately be confirmed with the Obama administration.