The Arab press was excited about Barack Obama’s speech in Turkey today.
Aljazeera even called him a Muslim. 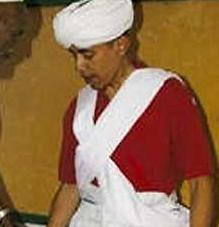 The Aljazeera website reported today that Barack Obama is Muslim.
They included this in their report on Obama’s talk to the Turkish Parliament:

Al Jazeera’s Anita McNaught, reporting from Istanbul, said: “This was the address we had all been waiting for, it hit all the right notes.

“He talked about the contribution of the Islamic faith in the life of American Muslims and then he personalised that message by saying ‘I know because I am one of them’. It was a message that reached out to many today.

Actually, Obama did not say that in his talk today.

And, it was later scrubbed from the Aljazeera website.
Here’s a look at the quote before it was scrubbed:

Maybe this explains Obama’s bow to the Saudi King?