Wikipedia scrubs Obama’s entry clean of any critical information that may taint your view of Dear Leader.

Wikipedia airbrushes any controversial information about Dear Leader from its webpage including his 20 year relationship with mentor Jeremiah Wright and his long relationship with terrorist Bill Ayers.
World Net Daily reported, via Drudge:

Wikipedia, the online “free encyclopedia” mega-site written and edited entirely by its users, has been deleting within minutes any mention of eligibility issues surrounding Barack Obama’s presidency, with administrators kicking off anyone who writes about the subject, WND has learned.

A perusal through Obama’s current Wikipedia entry finds a heavily guarded, mostly glowing biography about the U.S. president. Some of Obama’s most controversial past affiliations, including with Rev. Jeremiah Wright and former Weathermen terrorist Bill Ayers, are not once mentioned, even though those associations received much news media attention and served as dominant themes during the presidential elections last year.

Also completely lacking is any mention of the well-publicized concerns surrounding Obama’s eligibility to serve as commander-in-chief.

Indeed, multiple times, Wikipedia users who wrote about the eligibility issues had their entries deleted almost immediately and were banned from re-posting any material on the website for three days. 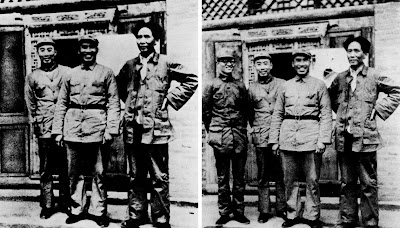 UPDATE: Dave Weigel at the Far Left Washington Independent website does not agree with “the mysteriously popular GatewayPundit” and Glenn Reynolds on Wiki’s airbrushing.
His argument is pretty weak, though.