Pastor Fred Winters was killed at his church in Maryville, Illinois today.
He came off the pulpit and asked the gunman if he could help him when the crazed man opened fire and shot him.
Pastor Fred Winters, who was killed, has two small children.
Local news channel KSDK has video. 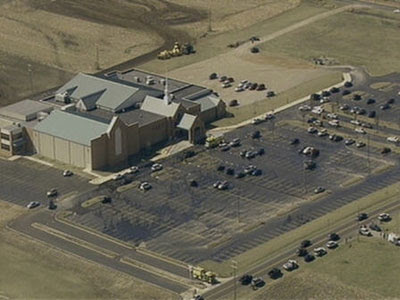 A local pastor at the Maryville Baptist Church was shot dead by a crazed gunman today.
Local KSDK reported:

A senior pastor who was shot multiple times at a Maryville, Illinois church has died from his injuries.

Master Trooper Ralph Timmins, of Illinois State Police, said Fred Winters, of Edwardsville, was at the pulpit when a man came down the aisle around 8:55 a.m. Winters asked if he could help the man, then Winters was shot multiple times.

Pastor Winters was taken to Anderson Hospital after the shooting. He died on his way to Saint Louis University Hospital.

Master Trooper Timmins said the suspect injured himself with a knife. Two other people tried to subdue the suspect and were cut.

The Maryville Police Department said the suspect was taken to an area hospital and was then air lifted to St. Louis University Hospital.

The suspect was hospitalized in serious condition, according to Mastor Trooper Timmins.

Keith Melton and one other church member who were cut by the knife do not have life threatening injuries. Melton is at Granite City Regional Hospital. The second church member is at Saint Louis University Hospital.

Please keep Pastor Winter’s family and friends in your prayers. 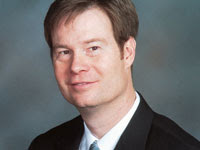 I was shocked to find that the pastor who was shot was one of my best friends while attending Southwest Baptist University in the 80’s. Fred and I called each other “Twin” because we were born on the same day, same year, and in the same hospital. He was a great man of God who was so friendly, caring, outgoing, etc. I had not seen him in years, but was deeply saddened by the news of the shooting today. I have already been praying for his family and his church. I know that God will use the legacy of Pastor Fred Winters in a great and mighty way and Fred is in the arms of Jesus at this very moment.

May God’s blessings and comfort be on First Baptist Church of Maryville and upon his family.

So sorry to hear about your loss, Cindy.
What a tragedy.