The city of Granada is the capital of the province Granada in Spain. It sits at the foot of the Sierra Nevada mountains in the autonomous region of Andalusia. 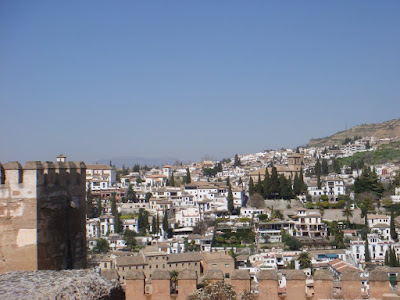 The city of Granada is rich in history and was occupied by the Moors for several hundred years from 711 until 1492. But before the Moors the Phoenicians, Carthagenians, Greeks, Romans, Visigoths and Byzantines all inhabited Granada at different points and history.

The Alhambra, a Moorish citadel and palace, is in Granada. It is one of the most famous items of the Islamic historical legacy that makes Granada a hot spot among cultural and tourist cities in Spain. It is reportedly the leading tourist attraction in Spain. 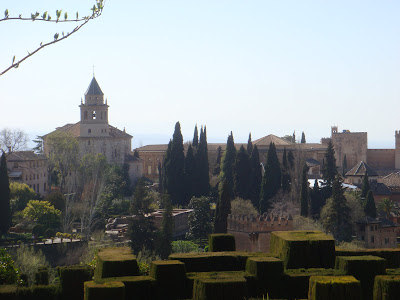 The Alhambra citadel and palaces as seen from the gardens.

A Jewish community established itself in what was effectively a suburb of the city, called “Gárnata” or “Gárnata al-yahud” (Granada of the Jews) before the Moorish conquest. It was with the help of this community that Moorish forces under Tariq ibn-Ziyad first took the city in 711 –Wiki.

The Moors controlled the city until 1492. 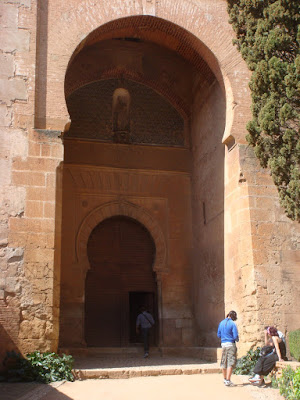 The entrance to Alhambra included the Muslim horseshoe arch and the statue of the Madonna. The Muslim symbol of the open hand is above the arch.
(Click to Enlarge)

After the Almohad Muslim dynasty was defeated by the Christians at the Battle of Las Navas de Tolosa the Emirate of Granada was established in 1228. 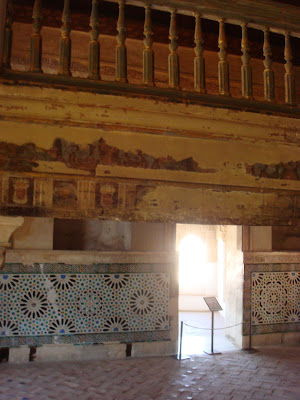 Sunlight shines inside the Alhambra.

This is interesting… The Muslim Nasrids aligned themselves with Ferdinand III of Castile Spain after their defeat, officially becoming a tributary state in 1238. The state officially became the Kingdom of Granada in 1238. The Nasrid Muslim emirs and kings were responsible for building most of the palaces in the Alhambra. 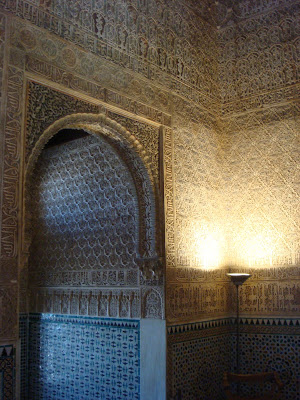 The Muslim tile work inside the Alhambra is magnificent.

The region became a vassal state of the Christian kingdom of Castile for the next 250 years. The Nasrid sultans and kings paid tribute to the Christian kings and cooperated with them in the battle against rebellious Muslims under Castilian rule. 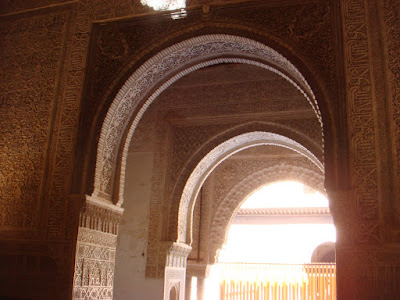 Arched doorways in the palace. 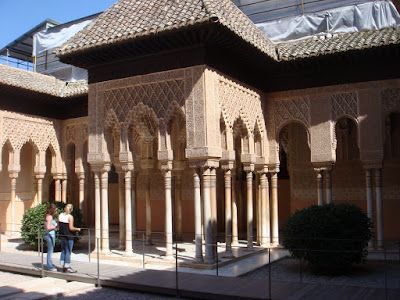 The courtyard garden inside one of the main palaces. 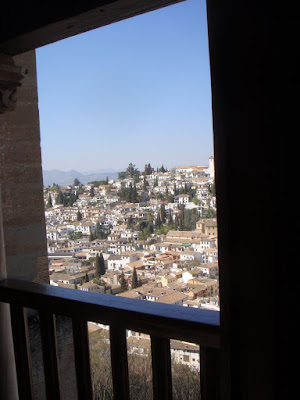 Alhambra looks out over the city of Granada. 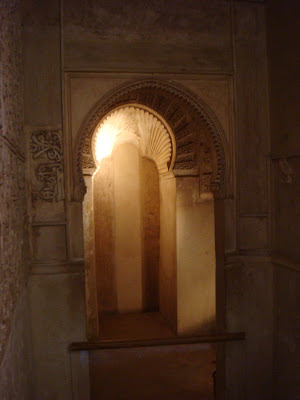 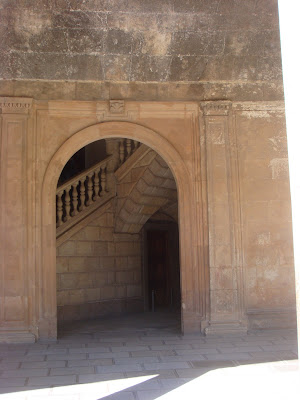 On January 2, 1492, the last Muslim leader, Muhammad XII, known as Boabdil to the Spanish, surrendered complete control of Granada, to King Ferdinand and Queen Isabella. 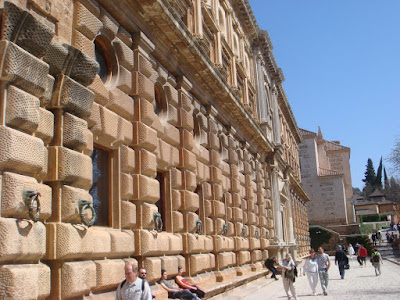 The King of Spain gave his queen a palace (pictured above) in Alhambra for their wedding present.

The Muslim reign over Granada ended in 1492. 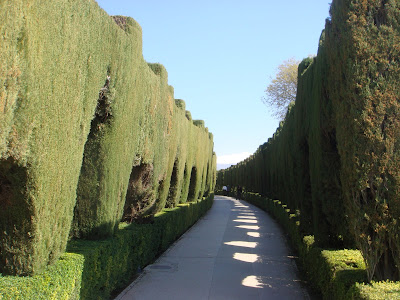 The gardens of Alhambra. 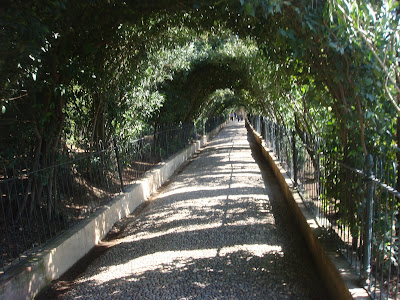 The information in the post was taken from Wikipedia and notes I took today.
The photos I took earlier today.