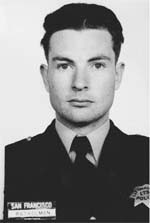 Bill Ayers and his wife Bernadine Dohrn were accused today of bombing a police station and killing Sgt. Brian McDonnell .

In an interview with Alan Colmes this year, Bill Ayers said he did not regret the bombings he took part in:

Leaders of San Francisco’s police officers union have accused Weather Underground co-founder Bill Ayers and his wife, Bernardine Dohrn, of taking part in the 1970 bombing of a city police station that killed a sergeant.

The union leveled the charge in a letter to a conservative organization lobbying for arrests in the case, but said it had not been in contact with investigators and had no new evidence related to the bombing, which killed Sgt. Brian McDonnell.

Instead, the union cited information from a former Bay Area resident, Larry Grathwohl, who is working with the conservative group, America’s Survival Inc. of Maryland. Grathwohl asserts that he infiltrated the Weather Underground as an FBI informant and heard Ayers confess to a role in the bombing.

Ayers has denied any involvement in the bombing and, in January, called Grathwohl a “paid dishonest person” in an interview with The Chronicle.

The accusation from the union surprised some authorities. According to a source familiar with the probe, who spoke on condition of anonymity, investigators have found no evidence that links the Weather Underground to the bombing.

America’s Survival is planning to hold a press conference today at the National Press Club in Washington, D.C., to discuss the case and the union’s letter.

Most Wanted By the FBI 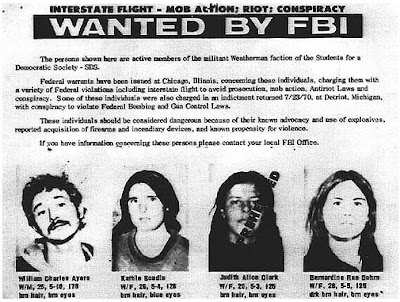 UPDATE: TuberVision has an excellent video on the history of The Weatherman.