The radical Islamists are winning in Sweden.
Last week Sweden forced the Israeli Davis Cup tennis team to play in an empty stadium due to threats of violence by local radicals. 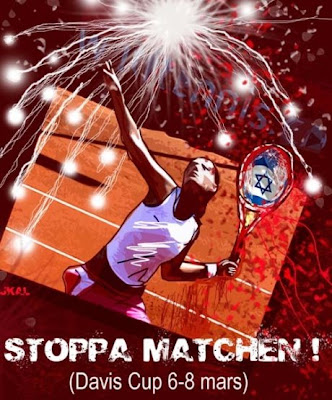 The radical Islamists even set up a website to protest the Israeli team.

This week Sweden banned the Israeli Taekwondo team from even entering the country!
The Swedish authorities said it was because, “Ten thousand members of a Muslim organization are threatening to settle the account with you because of the war in Gaza.”
Mere Rhetoric has more on this growing threat in Sweden.