Bummer.
I guess he wasn’t so moderate? 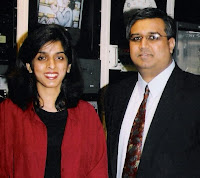 A New York Muslim leader has pulled a Mohammad and beheaded his wife. Muzzammil Hassan was a community leader and a so called “moderate” Muslim. He was the founder and Chief Executive of Bridges TV a show started to help combat the negative perceptions of Islam and also to build bridges to the non-Muslim world. Does that include beheadings?

Jihad Watch and Editor and Publisher have more on this moderate.