But, what about hope and change?
There is no terror threat. It’s Bush’s fault. Bush is the warmonger.
You’re not supposed to threaten Obama.
That’s not in the script. 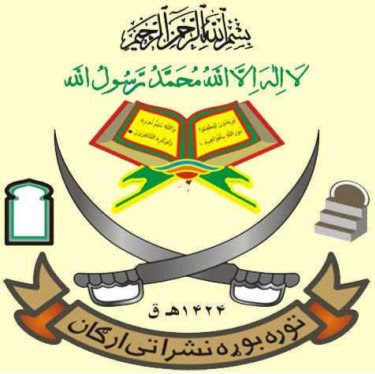 Mullah Omar and the Taliban have released a letter to Barack Obama prior to Inauguration.
The Islamist leaders already warned Obama to cut-&-run or face the consequences.
MEMRI provided the translation:

In advance of Barack Obama’s upcoming inauguration as U.S. President, the Taliban in Afghanistan led by Mullah Omar have released an open letter. Entitled “An Open Letter to the White House from the Peaks of Tora Bora,” the letter notes that Obama has created history by becoming the first African American to control the White House.

The letter, dated December 27, 2008, urges him to create another history by accepting Islam. The letter was issued by Maulawy Anwarulhaq Mujahid, whose designation reads as the Chief of the Tora Bora Battlefield. It was simultaneously published in Pashtu, Urdu and English languages on the Pashtu language website, www.toorabora.com.

Following are some excerpts from the letter translated from the Urdu version:

“As Long as Baitul Muqaddas Remains in a State of Occupation, Israel and its Supporters will not Remain in Peace”

“First of all, you must know that protection from the wretchedness in the world and the fire of Hell is only available in Islam. Islam is the only religion that guarantees success in this world and in the Hereafter.

“You are the first black in the U.S. history who has established control on the White House; you should also cause one more addition to the U.S. history by becoming the first president to accept the Truth and by adopting the true faith of Islam….

“Do you know that your nation has been pushed into a war against such an Ummah that is like a single body; there is a beginning to this war, but there is no end.

“America thinks that an attack on an Islamic country is just an attack on a single country; this view is wrong; this is why the war has been longer than your expectation, supplies [to troops] have been more than estimated, and loss [of soldiers’ lives] several times more than you thought of. This is not our claim; it is accepted by [George] Bush….

“If you want to keep all your promises to your nation, to give the Americans humanity instead of savagery, peace instead of war, and a successful economy instead of poverty, you should quickly declare the policies of the U.S. and [George] Bush as false.”

“Immediately, Withdraw all Troops from Afghanistan and Other Islamic Nations”

“Immediately, withdraw all your troops from Afghanistan and other Islamic nations, apologize to the oppressed nations and own up the responsibility for all of their losses.

“Every incident has a cause and until these causes are eliminated, no incident can be prevented [against the U.S.]. The 9/11 attacks in the U.S. and all attacks have some or the other causes. In order to bring peace to your nation and benefits to America, you should try to find and eliminate these causes; which is about America’s failed policy on Israel. Israel is a source of mischief and conflict not only for the Middle East but for the entire world.

“The U.S.’s support to Israel can prove to be costly for the U.S. It will be the extreme folly to consider the issue of Baitul Maqdis [Jerusalem] as a problem of Palestine or the Arab world alone; it is the issue of the entire Islamic Ummah. As long as Baitul Muqaddas remains in a state of occupation, Israel and its supporters will not remain in peace… You know that Israel has always attempted to demolish the Baitul Muqaddas and it is trying even now to pull down the Baitul Muqaddas from different sides; and in such a situation supporting Israel will be a challenge and an offer of war to the Islamic Ummah whose dreadful consequences can be seen.

“… [We have] heard that you have decided to withdraw your troops from Iraq. To end others’ freedom, to trample upon their rights, to make people cry, to kill them and destroy their countries, [these] can call the world against the United States.

“You should also take a similar decision about Afghanistan; as soon as possible withdraw your troops from our beloved nation. Perhaps you have not studied carefully the geographic location of Afghanistan…. It is impossible that Afghanistan will be subdued by [your decision to] send more troops. Do not take wrong steps like those of [George] Bush; otherwise the results will be similar….”

“You have technological [Sic.] enemies here [in Afghanistan] who can never bear your occupation… Do you remember the defeat in Vietnam? You have once tested [your strength in] this place; it will be meaningless to try it again. But if you want to make this mistake again be prepared that the flames of this fire will blow up on the White House too, and one day situations like those in [the Afghan province of] Helmand and [the Iraqi town of] Fallujah will visit in the cities like New York and Washington.

But, but… What about the hope and change, guys?
This is a joke, right?
There is no terror threat.

In related news… A leading democrat announced that he is interested in revealing the origins and sweep of the Bush administration’s controversial interrogation program and is willing to sponsor legislation if necessary to release many of the documents about the program.
The Taliban and Al-Qaeda can sleep peacefully tonight.
There’s a new team running the show now.