According to a former intelligence agent, waterboarding of Abu Zubaydah got him to talk in less than 35 seconds. The technique, which critics say is torture, probably disrupted “dozens” of planned al-Qaida attacks and saved hundreds and thousands of lives. 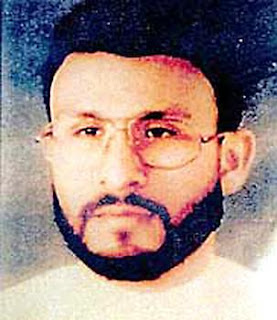 For weeks in 2002, Zubaydah refused to answer questions and remained “wholly uncooperative.” Interrogators eventually received high-level CIA permission to waterboard Zubaydah, although Kiriakou was not among those who did so. Zubaydah was placed face up on a plank with his head tilted downward. After putting a rag over it, interrogators poured water on his face in a technique that simulated drowning without actually jeopardizing his life. Within just 30 – 35 seconds, Zubaydah’s attitude changed.

But, Barack Obama said today on ABC’s “This Week” program that waterboarding is torture and that he is not ruling out prosecution of Bush officials for interrogation crimes.
Breitbart reported:

“Vice President Cheney, I think, continues to defend what he calls extraordinary measures or procedures when it comes to interrogations and from my view waterboarding is torture,” Obama said.

“I have said that under my administration we will not torture.”

Obama declined to say whether he could appoint a special prosecutor to look into possible charges against Bush and his deputies, saying the issue whould be up to his attorney general.

“He is the people’s lawyer,” he said of the attorney general-designate, Eric Holder.

All special operations units in all branches of the U.S. military employ the use of waterboarding as part of survival school (SERE) training.